Foods with antioxidants have been getting a great deal of attention lately. If you are fatigued, want to boost your immune system, prevent cancer or reverse the signs of aging chances are you can find an antioxidant that will claim to be the answer you are looking for.

What are antioxidants and how is it that they can claim to help in so many different areas? Most importantly, do they work? And if so, are foods with antioxidants enough or do you need supplements?

As you breathe, your body takes in oxygen which is used to produce energy. The natural by-product of this process is free radicals. Free radicals are simply unbalanced atoms or molecules that have too many or too few electrons. As these atoms or molecules attempt to become balanced they can cause cell damage which manifests as aging or disease.

Although it is perfectly natural to have free radicals in your body, exposure to certain conditions, such as, smoking, pollution, alcohol, radiation and excessive sunlight can intensify the effects of free radicals and increase your likelihood of premature aging and/or disease.

Free radicals have been linked to:

Antioxidants, which occur naturally in food, help to control the amount of free radicals in your body. There are many known antioxidants including, but not limited to vitamins such as C and E, minerals such as selenium and beta-carotene and compounds such as lycopene and anthocyanins.

Evidence of direct links between a reduction of illness and use of antioxidants has been mixed. Tests on animals appear to show a clear decrease in the instance of illnesses, however, testing on humans has not been as clear cut. Recent clinical research has shown a reduction in gastric and other cancer in Chinese men and women who were treated with a combination of selenium, beta-carotene and vitamin E.

Conversely, a 1994 study of Finish smokers failed to find any impact when treated with vitamin E and actually showed an increase in lung cancer connected to use of beta-carotene. A similar study in 1999 showed no link in lung cancer and beta-carotene in women.

Since the supplementation studies have not shown conclusive results, it seems that the most effective source of antioxidants is from a balanced diet containing foods with antioxidants rather than from a supplement. 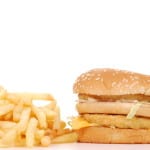 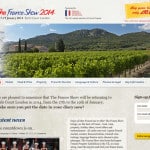