People born between September 24 and October 23 fall under the astrological sign of Libra—is that you?

Libra is ruled by the planet Venus, and it governs the 7th house of the zodiac.

The balance, or scales of justice, symbolizes the Libran sign, and people born at this time of the year have an interest in witnessing justice as it’s meted out. What does all this mean?

The Beauty of the Astrological Wheel

Only a true Libran can truly appreciate the balance and symmetry of the astrological wheel. If you’ve seen the circle typically drawn by astrologers to feature the twelve houses of the zodiac, you’re undoubtedly interested to know that the circle actually is a map of the sky at the time you were born.  If you stand on the ground and gaze up at the sky, imagine a circle drawn around its outer perimeter—encompassing everything you’re able to see. The twelve constellations representing the zodiac signs travel around the edges of the circle, and as the Sun moves through the sky it spends a month in each sign. You were born when the Sun was passing through Libra, and hence Libra is your Sun sign.

Ruled by Venus, the Planet of Love

Yes, it’s exciting to think that the planet named after sexy Venus, the goddess of love, rules your horoscope sign. But there’s much more to Venus than that. All that is graceful and elegant, all that is harmonious and sympathetic, all of those things are ruled by Venus. Venus does not represent the creator of fine art works but the performer—the singer rather than the composer, the actress rather than the director. It is true, however, that Libra is artistic and likes to paint, write, or create music.

There is no better symbol for dedication to harmony than the balance, and the Libra person tries very hard to remain neutral. The Libran hates to give advice, because he recognizes the positive qualities of multiple options.  The person born under this sign also hates to take sides because he hates conflict. Nevertheless, when Libra focuses on a problem, he will make a good decision because he recognizes the pros and cons impartially. In addition, once he takes a stand on an issue, he will fight to the end for it.

The Libra native is an unassuming person, modest and cheerful. He also formulates clear ideals that he hates to give up, but he is also very patient so he usually finds a way to accomplish his goals. Librans are very empathetic, and they fall into one of the few signs touched a bit by extrasensory perception.

Many Libras make a career for themselves in some area of the arts. Those who really are not artistically gifted often find work on the periphery of the arts—as an art critic or working in a museum, for example. They also do well in sales if they are involved with fashion or cosmetics.

You’ll also find many Librans working in the legal field, either as a lawyer or, again, on the periphery as a paralegal or court reporter, for instance. They also make great social workers because they seek fairness for all people.

Yes, there is a bad side to this even-tempered artistic peace-lover. When Libra is negatively aspected, you must watch out for a vain, lazy person with no interest in helping anybody find peace or justice. Since they don’t like to work, they will not succeed in achieving their lofty ideals. Librans really want acceptance by others, but Bad Libra actually creates enmity because he is so thoughtless toward others. Oh, and he also lacks any kind of backbone.

Libra is an Air sign, and so he gets on well with the fiery people born under Leo, Sagittarius, and Aries. Of the three Fire signs, Libra-Aries is probably the best match. They are at opposite sides of the zodiac wheel, and Libra is keenly fascinated by Aries’ dominating boldness.  In addition, they are both Cardinal signs, both of them free spirits that herald changes for those around them. Libra also gets along with his fellow Air sign, Aquarius, because they each have a bit of the humanitarian in their characters.

The seventh house of the zodiac rules partnerships, including marriages and business relationships. How well you will fare in your relationships depends upon aspects favorable to the Sun in Libra. Will you let love rule your partnerships or will money be more important? This  house also indicates social success as well as political interests.

What Makes Each Libra Different

Roughly one-twelfth of the people in the world are Librans, and they are by no means all alike.  Your Sun sign indicates the basic core of your personality, what your behaviors will be during the most serious times of your life. You should also spend some time learning about  your Moon sign—what astrological sign the Moon was passing through on your birthday—which indicates how you really wish to be. Your ascendant sign, the sign that was ascending or rising on the horizon, is also important, because it interprets how the people in your life actually see you. Why not learn about all of these horoscope aspects so you can put together a true picture of yourself? 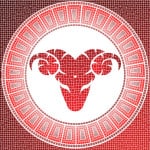