If you’re planning a trip to Melbourne, you’ll find it’s the capital of Victoria and one of the biggest cities in all of Australia.

It’s located on the southern shores of Australia on the eastern side, and it’s actually nestled into a large natural bay known as Port Phillip.

The centre of the business district is at the mouth of the Yarra River, where it flows into the bay.

When European pioneers first rowed their way up the Yarra River in 1803, they were greeted by the Wurundjeri Aborigines, hunters and gatherers in the area for thousands of years. They did not return to the area until about 30 years later, when they negotiated the purchase of land from the Aborigines.

But it was another 50 years after that, in the 1880s, when Melbourne benefited from the Victorian gold rush, gained phone and electricity lines and even trolley cars, and came to be called “Marvellous Melbourne,” a nickname that has stuck to this day with its citizens.

The growing city survived a woeful economic crash at the end of the 19th century but bore along well throughout the 20th century, with its leaders aiming in the post-war years to make a quarter-acre available to every family.

Whilst this might not be strictly true, Melbourne weathered the recession of 2008 rather well, with property values holding their own, and continued into the next decade full speed ahead.

It’s known as The  Garden City—appropriate, as Victoria is in fact known as The Garden State—and offers a wide variety of gardens, paths, and walkways to city residents and tourists.

Its economy is highly diversified with tentacles in the financial and IT sectors as well as healthy cultural industries, including film, music, and sports.

Most months of the year you’ll find some kind of festival going on—whether it’s for jazz, for writers, horse racing, wine, or comedy, plus a lot more.

There’s plenty to do in Marvellous Melbourne! 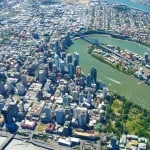 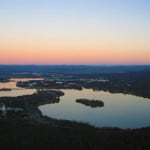