by David Price is a ballad of the animation company that gave us Toy Story, Monsters Inc., Finding Nemo and other blockbuster animations films.

The books starts out with a history of the computer animation history, which is a bit too technical for people not familiar with this field.

The rest of the book however, provides an entertaining read that covers how Pixar Started out as a hardware company that did animation shorts as promotional material, which was eventually bought by Steve Jobs.

Though some parts of the book may be too technical for non 3D animation enthusiasts, overall the The Pixar Touch

is good book that gives an insider view on how a company, which almost failed, became as famous as the Disney brand. 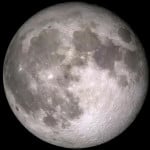