Home
How OMG Blog
About Darwin in the Northern Territory

You’ll find Darwin, the Northern Territory’s capital city, sitting atop the Australian continent, just on the edge of the Timor Sea and looking out over a beautiful harbour.

Darwin is the smallest of Australia’s eight capital cities, but it is one of the largest metropolitan areas in an area not very widely populated.

The city gained its name in honour of scientist Charles Darwin, courtesy of British Captain Wickham who first landed there. Wickham and his people discovered the area populated with the Larrakia Aborigines, a people who lived off the sea, whose descendants today take great pride in tracing back their lineage.

Darwin presents as a clean, modern city, mostly because it’s been rebuilt at least twice. The Japanese bombed it during World War II, and it was destroyed again in 1974 when Cyclone Tracy leveled 70 percent of its buildings, a devastating phenomenon that held the record as the world’s most compact cyclone for over 25 years. Nevertheless, Darwinians have always moved quickly to rebuild their city, and its two main industries have been mining and tourism. It also boasts a strong military presence.

While Darwin sits far and apart from much of Australia, its location on the tip of the continent makes it a popular spot for visitors. There is also a strong Asian influence, evidenced by the pearling industry and also by cultural and dining experiences. Visitors and residents enjoy a variety of festivals, including everything from a beer-can regatta to a solar-powered car race.

The beautiful Mindil Beach area offers markets on a weekly basis, and there are a wide variety of parks and gardens. No matter what you like to do, you’re likely to find it in Darwin. 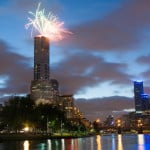