Sometimes when people enter alcohol rehab centers, they do so because they’ve been forced by family or circumstances.  Maybe someone goes because his or her spouse gave him an ultimatum.  Sometimes employers who recognize the symptoms of alcoholism make a person choose between resignation or rehabilitation.  Many times the people who make initial contact with alcohol rehab centers do so because they’ve been ordered by the courts.

So if you’re the one entering a program at one of these places, what can you expect?  First, you need to take a good, hard look at yourself.   Are you only doing this because you’ve been forced?  If that’s the case, the chances are pretty good that you are going to put a lot of effort into a program that really won’t help you.  So let’s take a look at the stages of addiction recovery:

At this stage, you are grudgingly agreeing to enter a program that you don’t believe you need.  Well, perhaps you’ve had one too many fights when you were under the influence.  Maybe it’s true that your boss has smelled the odor of alcohol about you.  Worse yet, what if you’ve landed in jail for a Driving While Intoxicated charge.  If any of these describe you, then perhaps you can see that your drinking has gotten out of hand.  It’s okay to feel resentful about the person or situation that has brought you to this stage.

Precontemplation is when you know that it’s best if you quit your addiction but you can’t quite fully it admit it yet.  There are several types of precontemplators:

When you reach this stage, you will begin to consider that maybe you’re ready to change.  It might take you a while to get here.  Just because you aren’t there yet doesn’t mean you can’t begin treatment.  In fact, you are not likely to reach this stage unless you do enter one of your local alcohol rehab centers!

Contemplators begin to think beyond the external factors such as threat of financial ruin or loss of family that brought them to treatment.  Contemplators become willing to think about why they would like to make these changes.  They realize that there is something in it for them.

You will eventually move on to the Preparation and Action stages.  These are the stages when you realize that you aren’t just quitting a bad way of life; you are, instead, focused on developing a whole new set of skills.  And change is gradual, so take it easy on yourself!  Because even if you are at the early stages of Initiating Treatment, you will arrive at this place. 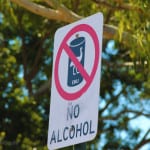