Approx 6000 BC, small villages urbanised and populated the stretch along the Nile, Upper and Lower Egypt slowly divided. Creating a need for one ruler.

Thus becoming Pharaoh, King of Egypt. During Middle kingdom, Hyksos (Of Israel) invaded Egypt and brought with him horses and chariots, this made a huge change to the way Egyptians then later fought in battles and to their army. Bringing forth the Golden age of wealth, gold, slaves, culture and a position of power.

The women of Egypt were quite liberated and respected. The royal line follows through on the female side, the great royal wives. Incest was also regular and divorce was easy.

Clothing was made from linen (flax plant), mostly due to the availability and the climate. It could be easily bleached by the sun (white in colour).

It created a simple costume with Aesthetic design. Elegant, lean/slimline, austere and conservative shaped clothing. With both male and female Egyptians very body conscious. The linen was made from the finest quality flax, lightweight, shear and cool.

The Kalasiris is the plain woven dress wore by Egyptian women. The linen may be crushed, giving a pleated look. Silk was also used.

The upper class would wear wigs and loved grooming and adding decoration when ever possible, i.e. jewellery and accessories with precious stones, such as turquoise, lapis lazuli, carnelian, coral red faince and coloured pottery beads. The centre comb worn on the top of heads, Unjuent, which was a solid wax perfume, which would melt throughout the day to release the perfume.

The scheeti is the linen wrap worn by Egyptian men, leaving the torso bare. The worker’s wearing something very similar, a nappy type wrap. The pharaoh would be dressed more elaborate, showing his status through jewellery. The combined crown-Anka and carrying the Chock and Flail. Also the king would wear the lion’s tail, tucked into his belt, showing strength and courage.

The priest would also wear a leopard skin, but in general animal skin or wool was seen as impure. Men wore their hair short/thick, but may also shave their hair off completely and wear wigs. The Claft headdress was made from a heavy fabric which was tied around the head and tied in a knot.

The Postiche, false /fake beards were also worn and tied on. Men wore as much jewellery and make up as women did. Make up on and around the eyes especially, coal, green malachite and blue copper.

Major factors on Clothing and Fashion during the ages relates to these influences,

The major influences of Ancient Egypt Clothing and Fashion are:

Climate, due to the hot climate sheer and light weight linen would have been easy to maintain and be cool for men and women to wear.

Decoration and sexual attraction, Egyptian men and women were very conservative and loved to be well groomed. Jewellery, wigs, makeup,

Costume / headdress were all very important.

Ranking was easily seen by the elaborate

Jewellery and crowns which were worn.

Resource available, having a constant supply of Flax. Linen could easily be woven and made into clothing. Later more elaborate weaving techniques were used and other materials were introduced. 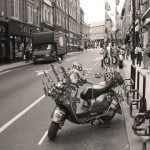