Home
How OMG Blog
Big Asteroid Heading for Earth – Between Us and the Moon!

Below is the Reuters story on the Asteroid 2005 YU 55… Which we shouldn’t be alarmed about, but it is a good reminder that these huge chunks of rock are floating around space!

“It is the first time since 1976 that an object of this size has passed this closely to the Earth. It gives us a great — and rare — chance to study a near-Earth object like this,” astronomer Scott Fisher, a program director with the National Science Foundation, said Thursday during a Web chat with reporters.

The orbit and position of the asteroid, which is about 1,312 feet in diameter, is well known, added senior research scientist Don Yeomans, with NASA’s Jet Propulsion Laboratory in Pasadena, California.

“There is no chance that this object will collide with the Earth or moon,” Yeomans said.

Thousands of amateur and professional astronomers are expected to track YU 55’s approach, which will be visible from the planet’s northern hemisphere. It will be too dim to be seen with the naked eye, however, and it will be moving too fast for viewing by the Hubble Space Telescope.

“The best time to observe it would be in the early evening on November 8 from the East Coast of the United States,” Yeomans said. “It is going to be very faint, even at its closest approach. You will need a decent-sized telescope to be able to actually see the object as it flies by.”

Scientists suspect YU 55 has been visiting Earth for thousands of years, but because gravitational tugs from the planets occasionally tweak its path, they cannot tell for sure how long the asteroid has been in its present orbit.

“These sorts of events have been happening for most of the lifetime of the Earth, about 4.5 billion years,” Fisher said.

Computer models showing the asteroid’s path for the next 100 years show there is no chance it will hit Earth during that time, added Yeomans.

“We do not think that it will ever impact the Earth or moon (but) we only have its orbit calculated for the next 100 years,” he said.

Previous studies show the asteroid, which is blacker than charcoal, is what is called a C-type asteroid that is likely made of carbon-based materials and some silicate rock.

More information about its composition and structure are expected from radar images and chemical studies of its light as the asteroid passes by the planet.

“I’ve read that we will be able to see details down to a size of about 15 feet across on the surface of the asteroid,” Fisher said.

NASA is working on a mission to return soil samples from an asteroid known as 1999 RQ36 in 2020, followed by a human mission to another asteroid in the mid-2020s.

Find out more about this article on the Reuters Website Here. 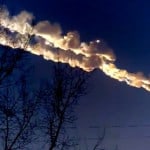