Second star to the right and straight on till morning: That’s how you get to Never-Never Land, according to Peter Pan.

Have you ever realized that the stars are the building blocks that make up the universe? How else would we know where we are or where we’re going if it weren’t for the reference points the stars have given to us, all the way back to ancient times when man simply wanted to find his way over the mountain or across the ocean and go back home.

Read these five facts about the stars to find out how many you already know. Milky Way with Telescope in View


Each Star Is a Nuclear Reactor

What holds a star together and keeps it burning brightly in the sky? It’s really just a sphere of gas held together by the force of gravity. Inside the swirls of gases, at the centre of the star, nuclear reactions take place and keep the gases pressing outward against the gravity. The gravity and this outward force balance against one another, and this process is called hydrostatic support.

Just like people, some stars boast of more fame than others. Here are some of the best-known stars—the stars of stars.

•    The North Star may be the best known star, also known as Polaris and as Alpha Ursae Minor. It has its place in the constellation, Little Bear, which is known as Ursa Minor. You can always see the North Star in the sky, no matter what time of day it is. It’s 430 light years from Earth, which means that when you see it, it was in that spot 430 years ago. Nevertheless, it’s still there!

•    Sirius is much more than a radio product or a character from the Harry Potter books. Sirius, also identified as Alpha Canis Majoris and located in the constellation Canis Major, is the brightest star in the heavens. The brightness of a star is determined not only by its composition but also by its proximity to Earth. Since Sirius is approximately 8.6 light years away, it appears to be very bright.

•    You might say that Alpha Centauri is the celebrity of all stars. It is better known than any other star in literature, television, and film. Baby Boomers first knew of it from the Robinson family who sought to reach it in the old television show, Lost in Space. Gene Roddenberry, creator of the Star Trek original television series, wrote that the inventor of the warp drive lived in the Alpha Centauri system.

The late great Philip K. Dick wrote about this star, as did Isaac Asimov, Arthur C. Clarke, and many others. It’s actually the third brightest star in the universe, and its system is just 4.4 light years beyond the Sun—making it our closest neighbouring star system. •    As a star reaches the end of its life cycle, the hydrogen at its core becomes converted to helium. The star’s temperature actually increases, and it expands in size. At that stage, it’s called a red giant.
•    Once most of its hydrogen really is gone, its layers fall away. It decreases in size and increases in density, and it’s known as a white dwarf.
•    Over billions of years, the white dwarf becomes cooler and cooler, until it becomes classified as a black dwarf.
•    If a star explodes—the supernova we’ve all read about—it collapses upon itself and then absorbs any mass that comes near it. At that stage it’s called a black hole. Scientists believe there is a black hole contained within every galaxy.

Nobody knows with certainty how many stars there are in the universe. So let’s ask this question instead: How many stars can you see in the sky at night? The answer depends, of course, upon whether you can gaze upward into a clear sky or if you live in an area clouded by pollution. For most urban dwellers, if you stood and counted all the stars, you would probably count up to 2,000 or 3,000. Scientists estimate that there are probably 6,000 stars that you could see without the aid of a telescope if you really looked.

All Stars Are Made of the Same Stuff

You may be thinking that some stars are brighter than others, they have different temperatures, and there are even different colours. However, all stars—when they are little baby protostars—are made up of three-quarters hydrogen to one-quarter helium. Over time, the hydrogen is consumed by the nuclear reactions in the centre of the star and gradually lessens, and the helium content increases.

Where does the Sun stand, you might be wondering: Scientists estimate that right now it’s at 70 per cent hydrogen and 30 per cent helium, so we have uncountable billions of years to go before it burns out. 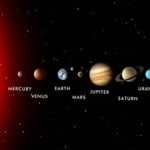 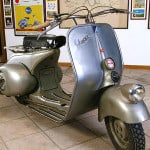