The history of cosmetic surgery is intriguing, and although often considered, to be a relatively new procedure, you will find it dates back thousands of years. Reconstructive surgery was often used in India around 800BC; however, cosmetic surgery was not seen as beneficial. European medicine did not consider cosmetic surgery to be important; therefore, it was not developed as rapidly.

The First Instances of Cosmetic Surgery

Cosmetic surgery was first recorded over 4000 years ago in several ancient Egyptian documents, where different reconstructive surgeries were attempted. The name of this surgery was defined as Rhinoplasty and was typically used on the human nose. The Hindi surgeon sushruta documented his first surgery of this kind in 600BC. There is also medical reference available called the Sushruta Samhita.

The Romans considered any form of abnormality on the human body to be incredibly suspicious; therefore, they often practiced different cosmetic surgery techniques. It was not uncommon for obese men to have breast reductions, or gladiators to have skin grafts to repair injuries. However, their religious beliefs meant they would not dissect humans or animals.

Therefore, the Romans surgical knowledge was gained from the texts of the Greek predecessors who performed surgeries of this kind. These texts are considered fascinating, and help to make up the incredible history of cosmetic surgery. In 1465, there was a book written which was far more descriptive, and incredibly informative.

During the 15th century, a cosmetic procedure was described, which involved making a new nose for a dog bite victim. The surgeon removed skin from the victim’s arm, and delicately placed it on the face to create a nose. However, this form of surgery was incredibly dangerous; therefore, many surgeons would not attempt cosmetic surgery.

Before the techniques of anesthesia became established, surgical procedures would have been incredibly painful, and infection was far more likely. As both this technique and the use of sterilized equipment were introduced, fewer people had problems after surgery. Therefore, more procedures were carried out with a higher success rate.

During this time, the history of cosmetic surgery in America was born, and more finance was invested into the different surgical procedures. The first monumental cosmetic surgery was performed by Dr John Peter Mettauer. This remarkable surgeon performed the first cleft palate operation in 1827 using instruments he had designed and crafted himself. 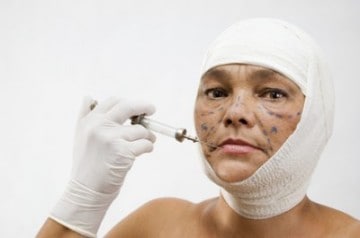 World War 1 played an immense part in the history of cosmetic surgery, and many procedures were developed due to the nature of the injuries. The huge array of facial scars burns and severe wounds gave the medical teams plenty to work with. As the advancement of weapons created new injuries, surgical teams had to improve and enhance their surgical skills.

Many surgeons have dedicated their lives to researching the history of cosmetic surgery, and have helped to develop new techniques. The development of regulations and organizations to ensure that cosmetic surgery is safe has increased the popularity of the procedures. There are now strict guidelines regarding different cosmetic procedures, and full member’s lists for surgeons who are qualified.

Regardless of why you want the procedure, there is no denying that the history of cosmetic surgery has shaped the techniques which are used today. Without every single development and procedure, throughout history, the surgeons would not be where they are today. The extensive surgical knowledge, which is used, ensures that every single person can achieve their perfect looks.