In fact, the use of the shuttle did not begin until 1981—well after those programs ended. While the earlier chapters in America’s flight program included manned spacecraft, the shuttle program was unique for providing reusable spacecraft that were launched on a series of missions.

The shuttle system comprised a rocket launch as well as a spacecraft that could maintain orbit and a space plane survivable through re-entry. At launch time the equipment included an external tank filled with liquid hydrogen and two solid rocket boosters as well as the space shuttle itself. The shuttle carried the crew plus any payload or equipment necessary. Although this stack of equipment launched vertically like the old-time rockets, the shuttles themselves actually looked more like planes than rockets.

The very first missions launched in 1981 belonged to Columbia. In April 1981, two astronauts demonstrated safe launch technique on a mission that lasted 2 days, 6 hours, 20 minutes, and 53 seconds. Some tile damage occurred at launch, which was repaired before its next mission in November of that same year.

That mission was also just a little over 2 days; the planned five-day mission ended abruptly because a fuel cell responsible for producing water and electricity malfunctioned.

The Columbia flew many missions with many “firsts,” including carrying the first European Space Agency astronaut into flight as well as the first Japanese female astronaut. Columbia was responsible for putting the Chandra x-ray telescope into position. Of all the shuttles, Columbia flew the longest mission of 17 days.

Columbia ended sadly, after many missions, in 2003. On the only shuttle mission of that year, the crew stayed out for 16 days, busy around the clock conducting a variety of scientific and medical experiments. A crew of 7, including the first Israeli astronaut, was lost along with the shuttle upon its re-entry. A piece of foam had broken loose from the external tank during launch, hitting and damaging the thermal protection system. NASA officials suspected damage but kept quiet about it because they felt helpless to do anything about it.

At the planned re-entry time, the damaged area was penetrated by hot gases and the wing structure was destroyed. The shuttle broke up just 16 minutes short of its planned landing time, killing everybody on board.

The second orbiter in NASA’s shuttle program was the Challenger, which went on three missions in 1983. In April of that year astronauts carried out the first spacewalk, and they also launched the first satellite into the Tracking and Data Relay System.

Challenger was also famous for carrying Sally Ride, the first woman in the American astronaut program. Later on Challenger carried a couple additional female astronauts into space, but this shuttle was most famous—or infamous—for its untimely ending: On January 28, 1986, carrying a crew of 7 astronauts including a female school teacher, the shuttle exploded 73 seconds after launch.

It was a tragedy that reminded Americans, who had become complacent about space travel, that their astronauts were taking real risks each time they ventured into the Great Beyond.

Discovery, the third NASA shuttle, was launched on its maiden voyage in 1984, deploying three satellites on its mission. Over time Discovery flew more than 30 missions, more than any other shuttle. Discovery carried the Hubble telescope into space and also provided service to it on two occasions.

It also made many trips to and from the International Space Station and saw its share of scientific experiments.  Over the course of its useful life it was updated 99 times!

The Endeavour was the fifth and last shuttle to join NASA’s fleet with its first mission in 1992.

It was actually authorized as a replacement for the lost Challenger. Unlike other shuttles that were named after ships in American history, this shuttle’s name came from a British ship captained by James Cook—hence the British spelling of the name—but the final choice resulted from the winning essay written by a school boy who wrote about why that name should be chosen.

The Endeavour was the shuttle used for the ground-breaking eight-hour spacewalk—one of four spacewalks, including one three-person spacewalk, all conducted on her maiden voyage.

This shuttle functioned well over all its missions and spent 299 days in space over the course of 25 flights. It was decommissioned in 2011.

The Atlantis was the actually the fourth shuttle in NASA’s shuttle program but it was the last one to fly a mission. Her first space flight was late in 1985, and her first five missions included top-secret payloads from the Department of Defence.

Atlantis was most famous for docking with the Russian Mir Space Station. When American astronaut Shannon Lucid spent a record-breaking 188 days on the space station, it was Atlantis that brought her back to Earth.
During its commission, one of Atlantis’s best-known missions was the 1989 launching of the Galileo unmanned spacecraft sent for exploration of Jupiter. The Atlantis crew also deployed, in 1991, the Arthur Holley Compton Gamma Ray Observatory.

On Atlantis’s last mission, a crew of four took it up to the International Space Station to deliver some equipment. They installed the Robotic Refuelling Mission equipment, which will assess whether robots can successfully refuel satellites in orbit. A couple of the astronauts completed the 249th spacewalk made by Americans. Atlantis landed on July 21, 2011, and rolled to a stop on Kennedy Space Center’s Runway 15—the final voyage of NASA’s shuttle spacecraft. 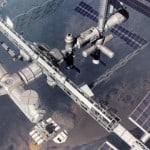