Teenage drug abuse affects millions of adolescents the world over on a daily basis.  If you’re a teenager, you’ve probably learned about drugs in school.  How about taking a little test?

Some questions have more than one answer:

How do you think you did from just these five questions?  The truth is that most people don’t have a clue about teen drug abuse.  Here are some of the hard facts that teenagers face: 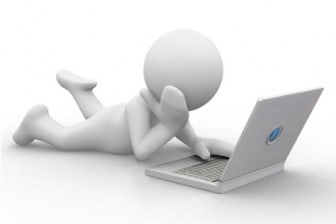 Many teenagers use drugs to medicate themselves, to improve how they feel.  A lot of them are depressed.  Or maybe they suffer from ADHD, which is attention deficit hyperactivity disorder.  That might be your problem if you can’t focus or concentrate in school.  But alcohol and many drugs depress the nervous system, and over time a person who is already depressed will just become worse.

A lot of teen drug abuse goes on because someone in the family uses.  Most people don’t realize just how widespread drug or alcohol use is throughout a person’s family tree.  In fact, there are lots of kids who used for the first time because their parent got them high.

Many teens use because they have sad or hopeless family situations.  Sometimes their parents have split up, and things aren’t good at home.  When a teen’s parent is single and that parent finds a new partner, sometimes the new adult doesn’t want the teen around!  Maybe one of the parents drinks or uses drugs.  Maybe one of them is in jail or even dead.  It’s hard for a teenager to keep it together when they don’t feel wanted.

Teen drug abuse often leads to a problem in juggling responsibilities at school with getting high.  Sometimes there’s a locker search at school, and you can get busted for having drugs or even just paraphernalia in your locker.  And if you’re using, you should be prepared for the fact that sooner or later someone will turn you in.

And then there are the personality changes!  There are kids who say they really loved it the first time they sat around drinking with a bunch of other kids.  They never realized that teenage drug abuse could unleash something dark and violent in their personality.  They just can’t control themselves when they’re high or even when they’re just coming down from a high.  They punch holes in the walls at home, they get into fights, they even hit people in their family.

Once a teenager gets to using all the time, he has a problem affording it on a regular basis.  So he starts to steal.  Maybe first he just takes money from a parent’s wallet or pocketbook.  Eventually he rips off someone else.  Some teens find themselves stealing things besides money-things they can sell to raise money.  These kids will end up at JJC-juvenile jail-sooner or later.  And if they don’t find someone who will help them find a way to kick drugs or alcohol, they will get sucked into a lifelong, downward spiral that ruins their life.

If you’re reading this and you think any of this information about teenage drug abuse applies to you or to someone you know, then you can get help-for yourself or for your friend.  Go to a counselor’s office at school if you can’t talk to your parent.  If you think you can’t say the words out loud, then write them on a piece of paper and show it to the adult.  On this link, https://ncadistore.samhsa.gov/catalog/top.aspx, you’ll find a whole lot of information about teenage drug abuse.  And remember one thing:  It’s not your fault!

Oh, you want to know the answers to that little pop quiz?  Number one, the answer is B.  Number four, the answer is C.  For numbers two, three, and five, all the answers are true!   And remember, this was just a LITTLE quiz-there’s so much more for you to learn!