Home
How OMG Blog
What Is the Irish Census?

The Irish census was an inventory of individual household members throughout the country. It was taken every 10 years between 1821 and 1911. The records typically list people in Ireland by parish and county and provide the names, ages, birthplace, religion, and occupation of everyone in a household. It’s a wonderful resource for discovering your Irish family members in the 19th and early 20th centuries.

However, when using Irish census records for research, it should be remembered that not every census still survives. Several have been lost or destroyed over the decades since they were taken.

Sometimes, only parts of a census still exist, so some counties may be covered for a particular census year while others for that same year are missing. The good news is that even when records are missing, some information can still be gleaned from them. The statistical analyses of each census still survive and are available for viewing in the major libraries of Ireland. These analyses include such information as the number of men, women, inhabited and uninhabited houses in each town. This information can give us valuable insight into the times and conditions in which our Irish ancestors lived.

Further, copies of missing portions of the Irish census are still being discovered. For example, the 1821 census for Armagh county was recently found printed in a local history book, and is the only known surviving copy of the census for that year for that particular county. Other portions of the census have been found in the hands of private collectors and estates, and in the dusty old archives of public buildings. You can find scanned images of existing census records that are complete for all counties at Ancestry.com and The Origins Network. If you have Irish ancestry from the 19th and early 20th centuries, these are records you can’t afford to miss. 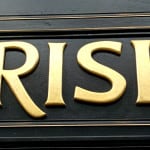