If you’re looking for a large cosmopolitan area that offers everything you want in modern civilisation yet retaining a lower cost of living as well as plenty of cultural opportunities, you might want to stop in Adelaide, the capital of South Australia.

You’ll find it nestled on the southern shores of Australia, tucked into the northern section of the Fleurieu Peninsula, and boasting a little bit of everything.

Adelaide was founded in 1836 and named after the consort of the British King, William IV. It was one Colonel William Light who designed a layout for the new city’s streets and primary businesses, right in the midst of the lands populated by the Kaurna Aborigines. The Kaurna did not stand much of a chance against the British; an easy going people who viewed most property as communal, they were quickly “Christianised” and integrated into the new culture. Adelaide’s industrial economy has risen from the ashes as many times as the proverbial phoenix. Initially the primary trades involved livestock and wool, with uncertain progress over the city’s early decades boosted by the discovery of silver and copper.  Around the mid-1900s Adelaide became a hub for shipbuilding and defence manufacturing efforts, and later on it developed its own cadre of government and financial institutions.

No matter what Aidelaideans do for work, they know how to play, and the city offers much to do in the way of sporting events, festivals, extravagant beachfront areas, and some great wining and dining opportunities. While some may say it lacks the polish of Sydney, it ranks in its own right as one of the most livable cities, in Australia or anywhere. 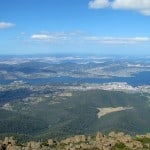