Home
How OMG Blog
All About Extreme Cosmetic Surgery

Extreme cosmetic surgery does happen, and people will often go too far with their choices when deciding how much surgery to have. It is a personal choice how much surgery and what areas of your body you have changed. However, some people take it too far, and this is when it is considered to be extreme.

There are a large number of people that would like to change certain areas of their body; however, some people dislike many areas. If the way that you feel about your appearance and body is beginning to be an issue, you may want to consider cosmetic surgery. For some people this can mean a small procedure, and for others, it can mean life-changing surgery. 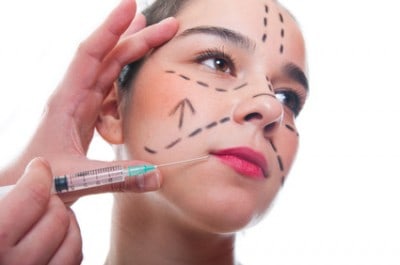 Deciding that you want to undergo extreme cosmetic surgery is not without risks, and you need to consider how dangerous the surgery will be for you. Having one or two procedures is dangerous enough; however, several procedures are a massive amount of stress for your body to be placed under. However, some people feel the risks are worth the changes, and will decide to have a radical make over.

Many people feel that having this quantity of cosmetic surgery is wrong, and that you should be happy with the way that you look. However, there are people that will spend immense amounts of money to create the ideal body and face. This could be seen as far too extreme, and that there should be tighter regulations surrounding the amount of surgery, which you can have done.

There are also some people that have decided to take plastic surgery to the next level, and turn themselves into something entirely different. Both the cat man and lizard man have undergone extreme cosmetic surgery to assist them in their quest to become like their favorite creatures. This can be considered extremely strange; however, they have decided that they want to look like creatures.

Extreme beauty and a desire to become the perfect image have driven some women to have vast amounts of cosmetic surgery. There are women that take this need to the next level and have made it their life ambition to become the perfect plastic woman. Barbie look alikes are the latest craze, and some women have had extreme cosmetic surgery to create this stereotypical image of the doll.

The woman who is most famous for the transformation into the plastic doll has had over 30 different cosmetic procedures. These include a full face-lift, three further mini face lifts to maintain the look, eyelid surgery and an upper lip lift. Liposuction to her knees, abdomen, jaw, waist and thighs was also performed. A breast augmentation has also been completed, leaving her looking like the famous plastic Barbie she strive to become.

Men can also be incredibly vain and will undergo extreme cosmetic surgery to look beautiful. There is the ultimate man to match the Barbie look alike, and he has had many different surgeries to create the perfect look. The “ken” look alike has had an eyebrow lift, nose job, cheek implants, and eye reshaping and lip surgery.

Some people have cosmetic surgery to improve and enhance their sexuality, and achieving a sexy look is far easier than you may think. However, there are people that take it too far, and breast enlargement surgery is the ultimate way to take your surgery too far. There are women that have had far too many breast enlargements and different surgeries to make their breasts appear fuller.

With the price of cosmetic surgery decreasing all of the time, and average people realizing that they can afford to change the things they dislike, more extreme cosmetic surgery is likely. Having a small amount of surgery can be a terrific thing and is fantastic at increasing your confidence. However, taking the need for perfection too far is something that is happening more.