When it comes to the battle of losing weight, many people think what matters are the numbers on the scale. However, weight is just one issue. If a person is at a lower weight but has a high percentage of fat in comparison to muscle, their health could still be at risk.

Additionally, their appearance may not be as lean as what they wanted either. For all of these reasons, dieters need to concentrate on fat loss diets rather than ones that restrict calories.

What is a fat loss diet? A fat loss diet is one in which a dieter eats in a manner that causes the body to burn fat without as much exercise, (though the importance of exercise should not be ignored).

To achieve this one must eat significantly more protein than carbohydrates or fat.

The protein must be consumed from healthier meats, such as chicken, fish or lean cuts of roast beef. Any carbohydrates that are consumed need to come from fruits or vegetables. If bread is eaten, it should be whole-wheat or whole-grain.

Meanwhile, fat consumption must be minimal. When it is eaten, it should be polyunsaturated, a type of fat that helps lower a person’s blood cholesterol levels.

The following could be an example of a fat loss diet. For breakfast, a dieter would eat one egg with an apple and a whole-wheat piece of toast, (with no butter or jelly).

For lunch a dieter would eat a salad with dressing containing olive oil, (a good source polyunsaturated fat). The salad should contain chicken, seafood or other lean meat along with lots of vegetables.

In terms of dinner the dieter could eat a piece of fish with two sets of vegetables as a side. Neither of these vegetables should have butter, sour cream or other toppings that could increase their fat content. Additionally, if they can be eaten raw this is better, since raw vegetables contain all of their original nutrients. They also help make a person feel more full.

In conclusion, by eating through a fat loss diet, a dieter will burn fat because the increased amount of protein being consumed will cause them to build muscle.

This increased amount of muscle may not make any changes on the scale initially, but in terms of one’s health and appearance, there are drastic differences. 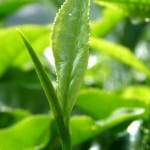 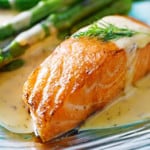