Home
How OMG Blog
History of the Vespa

Did you know that the stylish motor scooter known as the Vespa got its name because its designer thought it looked like a bug? The word vespa is Italian for wasp—and that’s what it was called by the man who contracted for its design, the very first time he saw it.

This popular gadabout vehicle was the brain child of Enrico Piaggio, owner of an Italy-based company that built carriages and engines used in railroad transport.  During World War II, Piaggio’s company turned its focus to the production of bomber aircraft, but the company’s main plant itself was destroyed by the Allied bombers during the war.

A Need for Quick Transport

After the war ended, as Italy and other parts of Europe began the work of rebuilding, Piaggio saw the need for a quick transport vehicle, something small and lightweight that everybody could afford.  He was inspired by the Cushman motor scooters, utilized by American soldiers stationed in Italy who used them to get around quickly.

With this idea in mind, Piaggio coaxed members of his design team into producing something that would fit the bill. He specifically wanted a motor scooter rather than a cycle. There are some basic differences between them:  A scooter has an automatic transmission, and a smaller-sized engine—resulting, of course, in less power than the cycle that excels at high speeds on the open road.  However, scooters also have a shorter wheel base, which means they are better than cycles at handling slower city speeds and maneuvering curves. Another basic difference is the scooter’s engine placement, in front of the rear wheel, which provides storage space that motorcycles just don’t offer.

The first two engineers assigned by Piaggio for the job built a vehicle with a drivetrain completely enclosed by the body. There was a splash guard that rose up high in the front, and it quickly became known by the factory workers as Paperino, or duckling, because everybody joked that it looked like Donald Duck.  Paggio was displeased by the entire effort and scrapped it without delay.

Next, he assigned another engineer, Corradino D’Ascanio, to go to work on an improvement. D’Ascanio did not hide the fact that he hated scooters. He believed that they were bulky and got their riders dirty, and they offered little in the way of maneuverability. It was this attitude that inspired him to install the engine beside the rear wheel.  With the rear wheel operated from the transmission, he was able to get rid of the drive chain and thus the incumbent oil and dirt that would normally spray dirty and oil over the driver.

That meant that the side body panels from the Paperino were eliminated, and the resulting vehicle had a thick behind, a slender middle, and a splashguard rising up high in the front leading into steering bars that resembled nothing so much as antennae. Thus its immediate nickname became vespa—wasp—and so its name remained when it was ready for the public in 1945.

The original spar frame design was a characteristic used by aeronautical engineers, and that’s what D’Ascanio was, after all, before he ever got into scooter design.  The spar frame aided the Vespa’s flexibility on the road. Later, it lent itself to easy adaptability as the designers tried out different features.

The vehicle that was patented by Piaggio, described as a “model of a practical nature,” offered a two-stroke single-cylinder engine. Its maximum speed was about 61 kilometers per hour. The suspension was very flexible with an elastic steel spring applied to the front wheel and with rubber padding for the rear brakes and wheel.  It was also D’Ascanio’s unique design that took advantage of the handlebars as the placement for the gear change.

The Vespa Catches On

The brochure design that caught on in 1946 showed a young lady waving, sitting easily astride the vehicle even in her sexy sweater and skirt.  By the time it was introduced to members of a golf club in Rome, its original aeronautical industry logo was replaced by a Piaggio logo of its own.

In 1947 the second series came out. One of its new features allowed the driver to change tires easily, important because so many of the roads in Italy and throughout Europe were still so poor from the ravages of the war. It took as long as eight months to get a Vespa, and black market operators quickly took advantage of this demand, getting twice the normal cost for one delivered with lesser delay.

Most of the features enhanced the machine’s elegance by the time it was introduced at the Olympic Games in 1960. The rubber pads that buffered the brakes on the original models gave way to hydraulic shock absorbers, and it could go as fast as 89 kilometers per hour.

Over the years it has been embraced by both cycle and scooter enthusiasts. In 1952 a Frenchman adapted a Vespa into an amphibious vehicle and drove it across the English Channel. It has been to the Congo, to the Andes Mountains in South America, and even to the Arctic Circle. In 1985 its designers met the challenges of American emissions legislation. Today’s version boasts a luxurious leather saddle, and you can even buy it in Ferrari red. Its unique look is its own trademark, and with today’s high gasoline prices it’s more popular than ever. 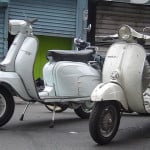 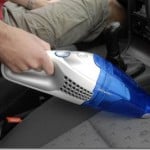 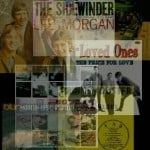