We all shudder at the sight of ants streaming into our homes or crowding about a piece of dropped food.

Ants aren’t even particularly dirty; they clean themselves regularly and carry very little germs that you wouldn’t pick up just from breathing in the air around you.

The problem with ants, of course, is that they are disgusting insects and nobody wants them crawling all over their living space. So just how do you keep ants away from your house? 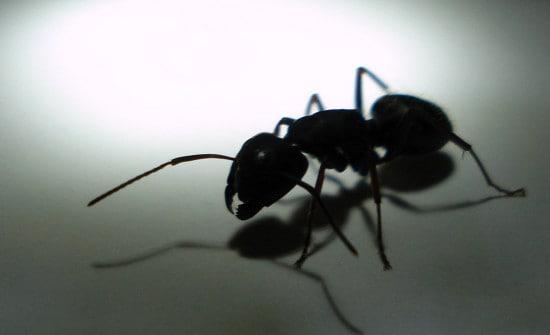 If you want to go straight to the first line of defence, then buy a can of insecticide and spray the areas where you’ve seen ants. Be certain to read the product label first so that you know it will kill ants. Insecticides work by damaging the neural system of the ant. It kills them pretty quickly because their body area is so small. If you don’t like the idea of poisoning ants, try one of the natural methods below to keep ants away from your house without poison.

For those who haven’t watched any police television shows lately, it’s a good idea to Be On the Lookout for ants. The first time you see ants going beyond their territory—the backyard—and heading toward your territory—the home—it’s a good idea to strengthen your defences against ants. Even if the ants you’ve seen have stepped through some poison, the chemical trail they leave will attract other ants and tell them that food is nearby. So if you see ants, start prepping to fight them!

Mix a gallon of water with a couple teaspoons of liquid dish soap. Load it into a sprayer and spray directly on ants and on the areas where they travel. Soapy water not only kills ants, it also washes away their chemical trails, to keep more ants from following in their footsteps, so to speak.

Additives to the Soapy Water

Some people swear by mint leaves, orange peels, or chili peppers as an ant deterrent. It depends on what scent you favour: Throw some into your soapy water spray bottle, and the next day your water will be sufficiently flavoured with whatever you’ve chosen. It will do an even better job of keeping ants away. By the way, you can also lay sticks of spearmint gum in the cracks where ants gain access. It’ll keep them out.

Buy a container of boric acid and sprinkle it around the house. This is obviously not a good idea if you have a pet or baby who might eat it.  However, when ants walk through boric acid, it sticks to their feet. When they clean their feet they will ingest the boric acid, and pretty soon—presto, no more ants.

If you have seen a large amount of ants suddenly, do your best to draw them out and kill them in one fell swoop. Take a large plate and pour some maple syrup into the centre of it. Sprinkle boric acid powder all around the plate. The ants will come to the plate, and when they leave they will take the boric acid with them. Better yet, they’ll track it back to their colony where other ants will pick up bits of boric acid and ingest it.

Isn’t vinegar always up for a good time? It’s not necessarily going to kill a swarm of ants, but it will eliminate their chemical trail, again doing a good job of keeping ants away from the house. Draw a line of chalk across your window sills, doorways, or other avenues of access for ants. If you don’t have chalk, try using powdered hot pepper, Vaseline, baby powder, or cleanser. The line must be unbroken, however; you can’t sprinkle it hit or miss. Also, it will keep ants out, but it will not eliminate those that are already inside, and you must replenish it regularly to keep it from being scuffed or dusted away.

Remember that you will never be able to eliminate an ant colony unless you can kill the queen. Hopefully the colony is not in your home. If it is within the walls of your home, drill some small holes into the wall and leave boric acid on the floor so the ants can track it into the nest. You might also want to put some uncooked cream of wheat, corn meal, or coffee grounds where the ants will walk through them. Once they ingest these materials, even if it’s only because they’re cleaning their feet, they will die.

The particles of cream of what (farina) and corn meal expand inside them and kill them. The coffee is deadly to them because of its caffeine content.

Some people dump their used coffee grounds into their yards. The ants go after the grounds, and the residual caffeine does a good job of eliminating ants and forcing queens to relocate their colonies.

You can also read more about how to get rid of ants here. 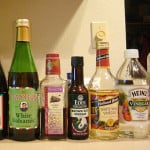