Home
How OMG Blog
Meet Lord Alistair McAlpine: What He Did For Broome

If you’ve walked along the unspoiled beaches of Cable Beach—and visited the fabulous resort there—or held a lustrous South Sea pearl in your hand, then you have experienced a small aspect of the wonderful effects that Lord Alistair McAlpine has had on the city of Broome and its environs. This peer of the realm first went to Australia and fell in love with it in 1959. Having lived in various parts of the world, including his beloved Britain as well as a favourite estate in Italy, he returned to Australia in recent years. The great wide and wild ranges of the Kimberley are in his heart, and he has made a permanent mark on that area in particular.

Lord McAlpine first came into the world during the bombing of 1942’s wartime London, born by Caesarian. The doctor asked his father to choose between saving the mother or saving the baby.

The father rightfully—as even McAlpine himself asserts—chose the mother, but luckily the child lived as well.

His first exposure to Australia was in the southeast corner, in and around Perth. Quite a young man when he arrived there, already schooled in property development as learned from his grandfather Robert “Concrete Bob” McAlpine, he made his own fortune by speculating on and developing properties.

His pet project was a hotel, which he built up and developed, and he also stimulated growth in a series of office buildings over an area of several blocks.

He left Perth, however, and returned to England, where yet another chapter of his life would unfold.

In 1975 he met soon-to-be Prime Minister Margaret Thatcher, and he staunchly supported her throughout her three terms. He was a major force in fundraising for the Conservative Party, and she returned his favour by appointing him as the Party’s treasurer. When Thatcher lost the support of the people and resigned in 1991, he likewise gave up his post. In 2010 he gave up his seat in the House of Lords.

But before that happened, back to Australia he went, in the mid-1980s.

Finally his travels took him all the way up to the Kimberley region, fascinated by the seashells there, and he absolutely fell in love with Broome. He was amazed by the wondrous beauty of this peaceful place, and captivated by the colourful flora and remarkable fauna. Nothing could compare to the stunning bay at Roebuck Point except possibly the pristine white sands at Cable Beach. He was fascinated by the dramatic and eclectic history of the place combined with the baroque ornamentations found on some of the local structures juxtaposed with the clean calm lines of homes and businesses built to withstand near-desert conditions.

There could be no better future for Broome, he theorised, than a healthy tourist economy to take the place of the dwindling pearling industry.

Broome had at least four times borne the brunt of attack by the Japanese during World War II. Streets and the infrastructure in general were crumbling.

It was then that Lord Alistair McAlpine realised the best thing he could do for Broome would be to invest in it, to revitalise it, to ensure that it held its place amongst other great visitor attractions moving forward in the new century.

In the end he spent over a half billion dollars on property investment and reconstruction. He restored a movie theatre. His promotion of the gleaming silver pearls found in the area reinvigorated the industry. One of McAlpine’s pet projects involved a zoo housing camels, kangaroos, and wallabies in the Pearl Coast Zoological Gardens in 1984. It only took half a decade to expand the place to include colourful parrots, cockatoos, and macaws, as well as a variety of exotic African animals such as oryx and zebra.

With the Broome pilots’ strike in 1989, much of what McAlpine had built up was left to disintegrate. The strike decimated Broome’s tourism industry and other businesses. The zoo closed, and many of the businesses that he had promoted went under with the hits to tourism instigated by the strike.

McAlpine sold many of his assets in the area and returned to England.

Eventually he moved to Italy. In recent years he was suggested by a journalist to be a paedophile, and the heart of the man again became evident when he was cleared of charges and his only suggested punishment against the newsman was to mandate the man’s work on behalf of three charities.

In 2012, Broome called once again upon Lord Alistair McAlpine, this time to honour him.

He was bestowed the honour of Freeman of the Municipality.

He still spoke about the importance of protecting the natural beauty of the area from ugly industrial construction – such as what is happening at James Price point, a goal we can all embrace.

On January 17th 2014 – Lord Mac passed away in Italy. He will be remembered in Western Australia as bringing tourism to Broome and adding to the charm of “Broome Town” 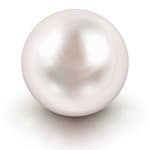 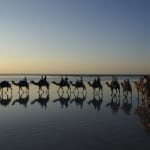