Home
How OMG Blog
You want to hang out with Paul Weller?

Although the history of musical trends in mod culture is easily chronicled, any attempt to strongly classify bands or music as mod is flawed in its premise; there is no mod music per se, just music that mods have traditionally liked and listened to.

To view music as a more fundamental or necessary component of the subculture is a common outsider misconception, motivated by analogy to other more recent movements which were formed or led by bands and were thus spurious by nature.

As has been the case with other teen phenomena, a mod “stance” has, in the 60s, 70s, and 90s been adopted by bands looking for ways to quickly increase their popularity, but most of these bands have also quickly been forgotten. It has historically been a bad decision to look to or rely on bands for mod inspiration; in the history of music there have only literally been a handful of people who were both true modernists as well as successful musicians (e.g. Weller up until the solo period).

Most have fallen into categories such as “I hated it but I wanted to be popular” (e.g. Daltrey, Entwistle), “I went along with it ’cause my mate was into it” (e.g. Foxton), “I was a mod at one point but gave it up after I became successful” (e.g. Marriott, Townshend), “I’ll be moddish for a while but not too seriously” (e.g. Blur), “I have no sense of style but let me try to fake some by posing with a scooter and hanging out with Weller” (e.g. Oasis).

Overall it could conceivably be argued that music has, when linked to modernism, done more harm than good due to its mass appeal and commercial underpinnings; however it is also true that, usually before commercial success or popularity sets in, some truly timeless, honest, and high-quality work does get produced.

Like all memorable relationships, mod and music quite often don’t get along and let each other down massively, but when they work together the whole thing really does click like nothing else. 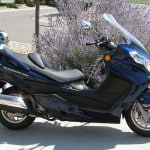 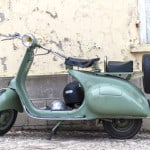