Home
How OMG Blog
New TV Series To Watch Out For

Summer in the States is coming to an end this September. And with the release of blockbusters coming down to a trickle, you may be wondering what to do. You need not fret because fall TV is here at last. The networks have dished up new shows and reincarnated some old series. Here are our picks of new TV series starting this season to watch out for:

1. Knight Rider
Yes, the 80’s detective show is back with Michael Knight’s son to continue his legacy. He is joined by an inventor’s daughter, who also happens to be a college professor. Of course the cast is not complete without KITT, resurrected in the form of a shiny new Ford Shelby.

2. Sons of Anarchy
Think of bikers, bandanas and leather jackets. The Sons of Anarchy is a drama that delves into the lives of a family belonging to a motorcycle gang, as seen through the eyes of its adult son who is in conflict with himself and his family.

3. Fringe
A team composed of an FBI agent, a mad-scientist and his son with an I.Q. of 190 has a Harvard University basement as their lab. Sounds interesting eh? Well they investigate things like telekinesis, reanimation, aliens and other weird stuff. Great for science fiction and horror fans.

4. 90210
The west coast rich kids are back, not from Newport but from Beverly Hills. The new incarnation of the 90’s soap features a family from Arkansas moving into California and adjusting to the norms of Beverly Hills. The show is cast with Melrose Place oldie Rob Estes with Jennie Garth and Shannen Doherty of Beverly Hills 90210 representing the older generation. Expect drama from the network that brought you the O.C. and Gossip Girl.

5. Easy Money
This show presents Morgan Buffkin (Jeff Hephner of Nip/Tuck and The O.C.) as the moral center, and proprietor of their family’s loan sharking business. He is joined by his wife, parents and siblings who all compete for his time and patience, as they share their problems with him. Morgan is simply brilliant with the business, but wonders how in the world can he straighten out his messed-up family.

Though we have yet to see these shows on our local cable TV, you can always use your ever-reliable sources to get hold of these new TV series. 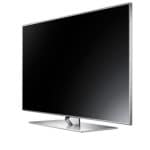