Are you ready to begin your own Irish genealogical quest? You’re not alone. Today, over 34 million people in the United States alone have Irish ancestry. It’s one of the most commonly searched nationalities in American genealogy! Irish roots are found in every part of American life, including the White House. Did you know one-third of our American presidents have had Irish ancestors? If you’ve got Irish ancestry in you, you’re in good company!

Not only is Ireland well-represented among the population of the United States, it can be found throughout the world. People in nearly every nation on earth have ancestry that could ultimately lead them on an Irish genealogical quest. The people of Ireland have been fanning out throughout the world since as early as the 7th century, when monks from the “Emerald Isle” set out to bring Christianity to the masses in Europe. Emigration continued at a steady pace until the 19th century, when it exploded! The infamous potato famine was happening then, and it caused 2 million Irish nationals to emigrate to nations all over the world, but particularly England, Scotland, Canada, Australia, and the United States.

If you want to identify your Irish ancestors and get to know who they were, there’s now plenty of opportunity to do so. Today, there are more records than ever that have been opened to the public, and even made available online! Lots of websites, such as the Origins Network, now make Irish genealogical records available online for a small monthly fee. You can use these websites to find such important records as birth, death, and marriage records, church registers, census records, and rosters of property owners (also known as Griffiths Valuation).
These records typically go back into about the mid-19th century, but that’s just the beginning of what’s available. Stay tuned for the next post, as we show you how to fully trace your Irish heritage! 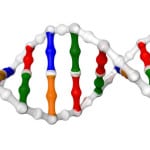 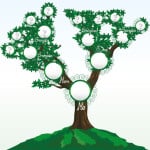