Home
How OMG Blog
What is Folic Acid or Folate?

There is not yet a consensus on whether dietary supplements are necessary. Although most health care professionals believe we can get all the necessary vitamins and minerals from a healthy diet, many do choose to offer vitamin supplements at times when the body is stressed or overloaded, such as during pregnancy or illness.

Since regulations have been approved to add folic acids to grain, incidences of birth defect have dropped 19% in the USA. Additionally, studies have shown that taking a folic acid supplement when before and during pregnancy can lower birth defect rates by at least 72%. Some do claim these numbers could be a result of other factors or a combination of factors.

Symptoms associated with a folic acid deficiency include inflamed tongue, decreased appetite, shortness of breathe, change in mood such as irritability, forgetfulness or mental sluggishness. A deficiency in folic acid has also been linked with male infertility and heart disease.

It is easier than expected to become deficient in folic acid because the best food source for folate is liver, however you can get some folic acid from eating leafy greens, seafood, brewers yeast, orange juice and milk. Celtics disease, irritable bowel syndrome and alcoholism and also increase your chances of becoming deficient.

Some studies also suggest that depression in the elderly can be linked to a folate (B9) deficiency. B9 should not be taken alone. It is absorbed most efficiently by the body when taken in conjunction with B6 and B12. These three vitamins work together to relieve the symptoms of depression by decreasing the levels of homocysteine found in the body. Elevated homocysteine levels are thought to be a major contributor to depression symptoms.

Several population based studies across the US have shown lower instances of some cancers in people with high levels of folic acid. These people also consumed higher amounts of beta-carotene, vitamin C, and fiber. One such study shows a decrease in breast cancer among 50,000 women who were getting plenty of folic acid in their diets.

If you plan to start taking a folic acid supplement, discuss it first with your health care provider. There are some possible side effect associated with too high of a dose and some prescription medications, can react poorly with folate.

Additional some prescription medication, such as those used to treat inflammatory bowel disease, ibuprofen and aspirin can prevent the body from absorbing folic acid properly. 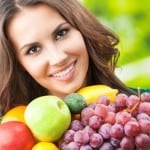