Home
Astronomy & Science
About Our Sun

Throughout history people have felt an inexorable draw to the Sun, an irresistible compulsion to set our clocks by its rays, and to honor it as the center of the universe.

When you realize that the Sun makes up 99 percent of all matter in the solar system, it becomes quite understandable.

The word Sun actually comes from sunnon in the oldest proto-Germanic languages, dating as far back as 500 BC. Our own word for this bright yellow orb in the sky first appeared in Old English in Beowulf around 725 AD.

The Sun, the World Over

Have you known a few Sun worshippers in your life, and might you be among them? Legends over centuries past give us stories of Sun worshippers from many eras and from many places all over the globe. Consider how our ancestors from various cultures expressed their respect for the Sun:

Just how hot is the sun? Scientists estimate that the surface temperature measures about 5505 degrees Celsius or 9941 degrees Fahrenheit. Both the core and the corona are much hotter, with scientists estimating a temperature of 27 million degrees Fahrenheit at the core.  The Sun remains the same constant temperature day in and day out, or so it seems—even though the Sun actually gets a little hotter all the time, over the next few billion years it will go up only a few degrees.

Did you think the Sun just sits around all day shining? No, sir. It’s made up of three parts hydrogen to one part helium, and it spends the whole day fusing hydrogen atoms into helium. This means it’s called a “main sequence” star, which generates the energy that keeps it burning. And the Sun is not really yellow, by the way—it’s white. An optical illusion of light called Rayleigh scattering, named after a British scientist, gives us a theory of particle physics that makes the Sun appear to be yellow, at least to our eyes.  It’s the same phenomenon that renders the sky blue.

What are solar storms? They have the power to knock out our power grids and interrupt sensitive electronic devices. In a storm that took place in early 2012, Delta Airlines rerouted six airplanes that were supposed to travel over the North Pole.  Generally they are caused when a CME occurs—a coronal mass ejection of intense energy ejected from the Sun’s surface.

Sunspots mostly occur around or below the Sun’s equator. They result from interaction of the Sun’s gases with its magnetic fields. Scientists have noted that the Sun cycles through increasing and then decreasing magnetic activity every eleven years—a unit of measurement that they call the solar cycle—but even they are not certain when one cycle ends and another begins.

Solar flares occur when energy creates outward explosions on the Sun’s surface, but they remain invisible to us because they are eclipsed by the Sun’s natural radiance.

Black holes occur when a star dies. After its nova, it collapses into itself. With an intense gravitational force, it remains compacted so densely that light cannot escape from it. Only massive stars can become black holes—a size about three times that of the Sun. So if you’re worried about the Sun becoming a black hole, you can set your mind at rest!

Many people do continue to worry about the Sun burning out, however. So just how long is it expected to last? According to Dr. Eric Christian of NASA, Scientists believe it’s got a lifespan of about 10 billion years. So far they think it’s 4.7 billion years old. So we have a long time to go until our Sun’s nova. Get out your sunglasses, hop into a hammock, and relax!

Read More About It

Cosmicopia, by NASA. Ask Us – The Sun, at 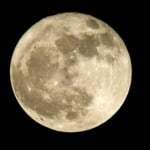