Home
How OMG Blog
Learn About Your Sagittarius Horoscope

People who seek Sagittarius horoscopes are the eager, happy extroverts born somewhere between November 23 to December 21, beneath the benevolent influence of lucky Jupiter.  Sagittarius is the ninth sign of the horoscope, and it’s ruled by the Centaur.

Sometimes people mistake this astrological symbol as simply an archer on a horse, but the configuration actually is the half-man, half-horse centaur.  This perfectly symbolizes the Sagittarian symbiosis of human intellect with animal physicality.

People who are born with Sagittarius horoscopes give off waves of positive energy to everyone around them.  They have a naturally positive, happy outlook on life, and they love to explore matters of religion and philosophy.  And Sagittarians never tire of debating with their partners. Sagittarians are very versatile people who are never afraid to try something new.  They are open-minded and adventurous.  Their ability to draw people into their fold makes them natural leaders, but Sagittarius is not the sort of person who learns from adversity.  If he has lost at one battle, he is likely to lead his weary companions full-tilt into another one.

We mentioned lucky Jupiter, and this planet is actually referred to as the Greater Beneficent.  It’s more than three hundred times larger than the earth, and people with Sagittarius horoscopes have good hearts that are just as gigantic as their ruling planet.  Fortunately, wherever Sagittarius concentrates his efforts in life, he is likely to be rewarded with success, and he always shares his luck with the people around him.

On the negative side, even people with Sagittarius horoscopes have the potential for bad traits.  Their extroverted nature can lead them into boastfulness or even arrogance.  With their full-speed-ahead dictum, they become heedless of their loved ones’ wishes and even lead them into disaster.  Bad Sagittarius is also carelessly tactless and spends money hand over fist.

Interpersonal relationships are important to those born with Sagittarius horoscopes.  These are people who thrive on the love of others, and their unending generosity clearly extends to their marriage or business partners.  They are faithful and know how to keep secrets, but they also know how to push their partners’ buttons during any arguments.  The half-horse side of them loves to roam, and while they rarely stray from their spouses they are happiest if they can keep their family with them on the move from time to time.

Sagittarius is a Fire sign, along with Leo and Aries.  Whatever they do in life, they will burn brightly in their efforts.  They are always standing ready for new adventures.  Their keen interests in philosophy and religion as well as their innate intuition result in sudden bursts of new insights.  They love to live large, and a Sagittarian’s generosity sweeps everyone in his proximity right along with him.

Sagittarius rules the Ninth House of the zodiac, which represents philosophy, religion, and everything that is foreign.  Not only do they make excellent clergymen or philosophers, but their love of people renders them the best teachers anywhere.

Health concerns for Sagittarius include lower back and hip problems, like sciatica, and he is also prone to rheumatism.  He also has a tendency toward hypochondria.

When people born under this sign study their Sagittarius horoscopes, they become immersed in discussing the possible philosophical ramifications, but then they are distracted by something else and move on.  Their best stone is the topaz, which is also the birthstone for people born in November, the first part of Sagittarius.  Their best color is a deep, rich purple. 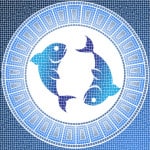 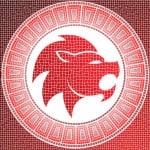 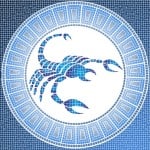