Home
How OMG Blog
To ABS or Not To ABS? That Is The Question

As far as ABS is concerned Ive learned to accept its value and lifesaving properties on 4 wheels as its come on so many times when driving my car.

Probably a reflection of how bad a driver I really am.

I’m sure today its improved on 2 wheels anyway and will offer a real contribution to anyone who has it fitted I have read many times in the motor cycle magazines I read of so called professional riders who turn it off as they have better control without ABS.

A control I can’t say I have even though Ive ridden for over 40 years. Despite my numerous number of offs due to high speed or lack of experience, but I applaud these experts but would caution anyone without that level of expertise to be cautious in their own ability to outperform a factory fitted system like ABS.

I did however, the other day have a need of a panic braking system and my 08 Burgman doesn’t have ABS fitted although it does have the linked braking system as fitted as standard. I did apply the left hand dual brake in emergency and the back brake locked up and gave me an interesting situation by locking up and stepping out which I wasn’t ready for.

I was fortunate and my reactions kept the bike upright and no problem but it was the first time I’d locked the back wheel since I can’t remember causing me, now I do admit it was a 150cc Lambretta that caused me some consternation when it locked up on the rear brake and I ended up running into the back of a truck at slow speed with my back brake locked and the rear wheel skidding much again to my embarrassment.

I damaged the front of the scooter and the front wheel jammed under the rear step of the truck in front locking the wheel under the step of the peoples carrier and my being in a position of not being able to remove it until they pulled forward and released my front wheel..

My note is to those on linked systems i.e. k series 400s and alike. Be aware that linked braking systems are indeed excellent but not foolproof. Its worth a note my k8 when delivered wasn’t the smoothest of the bunch and clanked and banged a little when new but now has calmed down with use and although the clutch uptake is still higher than the 03 its not a problem event though it records 4k on the clutch engage which I challenge.

I guess its nearer 3k and the recorded revs on engaging to be optimistic as the final speed generally tends to be. Anyway the bike is operating well and it seems to be settling in now Ive got a few miles on it. In comparison with the 03 its got more grunt at lower revs and wants to go faster when the open road calls but until I get the first service done I will keep the revs down. 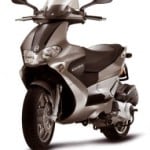 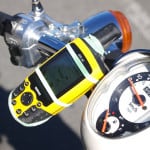